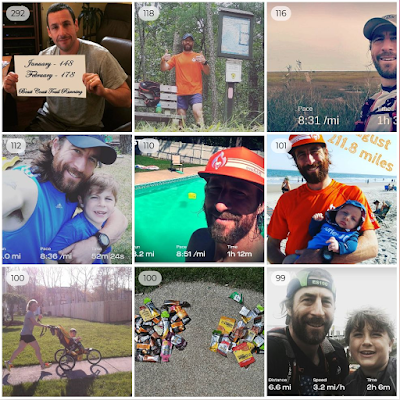 I’ve had the intention of beginning to write this 2020 running goals assessment blog for a week or two now. I’ve been thinking about it, but 2020 was anything but a typical year. How do I even attempt to objectively assess what progress I have made towards my goals when the very structure (organized races in this situation) pretty much ceased to exist. I’ve frequently heard this year described as a “dumpster fire” and I believe that many of the people using that term have good reason to do so. However, other than the cancelling of in person racing and virtual schooling for my children, I have skated by relatively unscathed by the major impacts of the COVID-19 global pandemic. I never even ran out of toilet paper. And for this I am extremely grateful (the whole unscathed thing, I wouldn’t have been that upset about the TP thing; I poop in the woods). Even so, how easy it would have been to just quit on 2020 and not attempt any of my running goals! But I couldn’t have that. I reassessed, recalibrated, and adapted my goals to the new situation.

An effect of this process was my outlook on races and running. Without races, I had to test my beliefs about my true motivation to run. Had I been running to train for races or did I truly enjoy the process of training as I have preached? This idea and method of assessing my running goals developed for me this past weekend during my long run. I wasn’t sure how to approach this blog post and I wanted to run for a few hours so I figured I’d give it some thought while I run. It seems that I come up with more creative ideas and am better at problem solving while running. The ideas usually seem genius to me while running, but too often when I get back home they’ve lost their spark or I’ve completely forgotten them. During this past weekend’s long run I listened to music (something I don’t do regularly while running). A meaningwave song by Akira the Don with excerpts of audio of Jordan Peterson speaking about the value of music came on. While listening to it and running, I realized that what he was saying about music is what I feel about running: the “patterns” I find in a single run or over the course of months of runs with varying tempos, the emotional highs and lows, and the delivery of a feeling of transcendence when everything falls into place and is as it “should” be.

“I think the most accessible form for most people is music.

And music to me is the most representational form of art because I think that the world is made out of patterns.

And we perceive some patterns as objects but fundamentally it’s patterns and what you want is all the patterns of the world to interact harmoniously in something where every element is related intelligibly to every other element.

And I think that when your life is in harmony that you can feel that.

When you’re dancing to beautiful music you’re acting that out.

The music is the music of the spheres and you’re participating in the patterning of your being in accordance with that structure and that gives you an intimation of transcendence.”

Based on my thoughts and feelings during this run, I don’t think my overall view of running changed, but the value I put on organized races may have been altered. It’s been over a year since I’ve done it, but I think I still love racing. Maybe not for the competition factor as much anymore, but maybe even more so than before for the fact that organized races provide us an opportunity to run some really cool trails in beautiful areas without having to put almost any work in on the logistics side of how to pull it off. So with that short introduction, or maybe it was a tangent, here’s my 2020 goals assessment.... 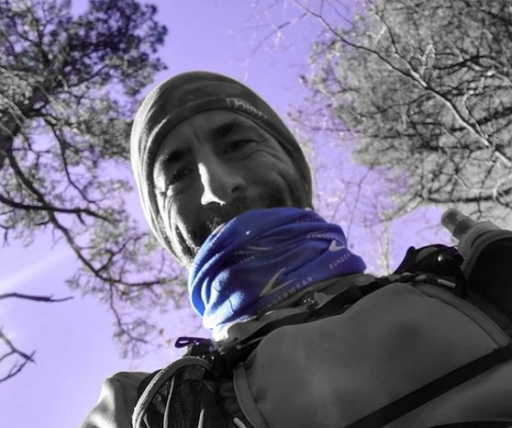 2020 Goals:With pretty much all running events cancelled (including the 24 hour race I was registered for), goals 1 and 4 were scratched from the list. I can’t very well run a race if races aren’t happening. I had intended to get my longest distance run accomplished at the 24 hour event that was cancelled. Even with races cancelled, this was something I could still complete. I did so by going after an FKT longer than any race I had ever run, the Batona trail out and back (about 106 miles). It wasn’t that much farther than what had been my longest distance (104.8 miles). I had hoped to increase that distance PR by more than just a mile or two, but an FKT had been on my “to do” list for a while and it would complete one of my goals. I would be able to at least check one goal off of my list and maybe still leave room to improve my distance PR next year.Goal number 5 could have been scratched altogether for the same reason as goals 1 and 4, but I decided to alter it a bit and complete an adjusted goal. Rather than volunteering at a local race with my son as I had intended, we helped out with a couple organized clean ups along a multi use path that I run on occasionally. It wasn’t as much fun as I had expected volunteering at a trail race with my son would have been, but again I was forced to adapt to the situation. Rather than just give up and do nothing, I wanted to do something. I thought this was a good compromise that would still benefit the running community in my area. Last is goal number 3, to complete my “Run Every Single Street” of Egg Harbor Township project. This goal is the only one that was not impacted due to COVID-19 restrictions. Yet I still didn’t complete it. I’ve made quite a bit of progress as I am at almost 50% complete, but that’s only about the halfway point. Why didn’t I complete this one? The main reason is because of the self imposed rules or restrictions I have put on myself and the manner in which I intend to complete this project. When I started, I had planned to drive to starting points to run new streets once I surpassed the 25% complete threshold. Well, 25% came and went and I continued starting all of my runs to reach new streets from home. This of course adds lots of miles as I am “rerunning” the same roads to reach new roads. Is this the right way to do it? Is it the wrong way? I guess that’s part of what intrigued me with these every single street projects.The rules are up to you. Could I have finished by now if I had been driving to new starting points? Maybe. But I’d still like to see how close I can get to 100% before resorting to that option. 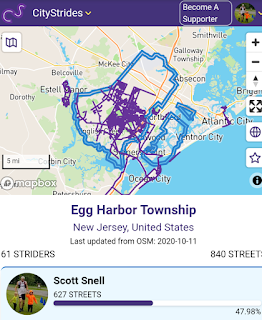 So that was my running review of 2020. Definitely not the year I had hoped for, but I think that goes for everyone. I still got to run plenty of miles and achieved an FKT that I hadn’t even planned to go after so it’s not like it was all bad. I hope everyone else isn’t too disappointed with how their 2020 turned out and that they were able to find some silver linings somewhere along the way. Cheers to all, happy new year and here’s to hoping that all of your running dreams come true in 2021!Scott SnellDecember 21, 2020
Beast Coast Trail Running at 7:02 PM
Share