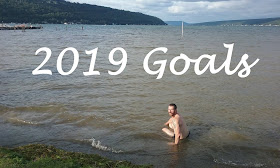 Disclaimer: I received free entry to Novo Nordisk New Jersey Marathon as part of being a BibRave Pro. Learn more about becoming a BibRave Pro (ambassador), and check out BibRave.com to review find and write race reviews!


With Thanksgiving over it is officially time to get ready for Christmas. Additionally, it is also time to make goals and put together a race schedule for 2019. As I begin writing this post I am in the midst of making the decision of what my race calendar and running goals will be for next year. And I will have to come to a decision by the end of the week as that is when registration opens for one route I am considering. It seems a bit crazy to plan out next year so early, but with registration for races that are likely to sell out quickly opening so far in advance, there really isn’t another option if you want to get into certain races. As of now, my only definite races are the Hyner 50k (April 20) and the Novo Nordisk New Jersey Marathon (April 28). Beyond that, I have two paths I’m considering. So, undecided what I will decide come Saturday when registration opens for Worlds End 100k, here are the two plans I’m considering.
Obviously, as with everything in life, there are pros and cons to both options. I’ve run the PA Triple Crown Series and I loved every race course. However, I’ve been itching to try a timed event for awhile and I really like the idea of the last man standing format event as well. I think both would turn out to be a lot of fun and I’d like to try out some racing formats that are new to me. I’m afraid of ultrarunning beginning to feel routine if I go the PA triple crown route again for the third year in a row (the only reason I didn’t finish it last year was because Eastern States 100 was cancelled). So, maybe I’m leaning towards option 2 at this point. Also, given the timing of the events, trying to do both options in the same year would most likely be foolhardy and end with me disappointed in how I performed at the end of all the races. Seriously, two weeks after a 48 hour race to go into Worlds End 100k then three weeks after Eastern States 100 until attempting a last man standing event? Sounds like a plan for disaster and likely a good dose of misery. So it will most definitely be one or the other, not both. 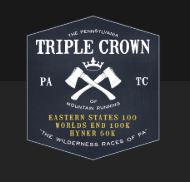 As for other running goals for 2019, I have only one and it is not trail or ultrarunning related. I want to PR a marathon. It will have been 10 years since I have run my one and only official marathon race in March of next year. Ever since then I have wondered if and how much I could improve on that finishing time of 3:43. I hope to find out next year at the Novo Nordisk NJ Marathon. However, the timing is terrible as it is eight days after the Hyner 50k. Regardless, I still aim and hope to run a marathon PR time there. The poor timing isn’t due to poor planning, more just a matter of choice and accepting opportunities as they arise. I registered for Hyner 50k early this year as it sells out quickly and I dare to say it is my favorite 50K course I have run. Then more recently I was offered the opportunity to run the Novo Nordisk NJ Marathon as a BibRavePro with my registration fee covered. It was hard to say no to that offer even if the timing was less than ideal. So that’s the plan and I’m sticking to it! Wish me luck! Also, even though I am leaning slightly towards option 2 at this point, I’m open to any advice or recommendations as to which option I should choose.