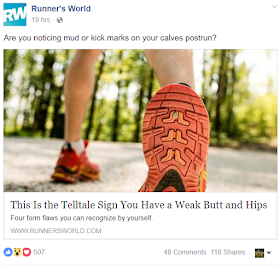 Author's Note 9/26/17:  This is a sarcastic piece of writing. I assumed it was pretty apparent, but after several serious comments defending Runner's World and questioning my judgement, I wanted to clarify this point. I readily admit the title I gave this post is total clickbait. However, I have no qualms with using Runner's World as the bait considering some of the clickbait they put out. For example, see the screenshots from the official Runner's World website below. The one serious point I intended with the article was to show that maybe Runner's World blows things out of proportion and jumps to unfounded conclusions at times. A little mud on your calves may be a sign of weak glutes, or it may be a sign of a muddy course. 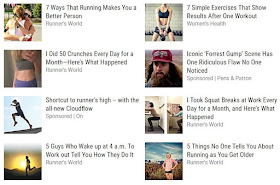 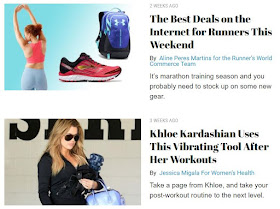 I'm not trying to bash Runner's World here. In fact, I usually don't pay their articles a great deal of attention. Mainly because I am more interested in longer distance running than their publication focuses on for the most part. I normally scroll right past Runner's World posts on my Facebook feed without a second thought, but today (as I was watching the top finishers of the UTMB cross the line) was different. Immediately following a Runner's World post about mud or kick marks on your calves being a "telltale sign" of a weak butt and hips was a post with photographs of Ultra Trail du Mont Blanc (UTMB) winner François D'haene. And what do I see on his calves? Mud! This is just a fluke I thought. No way the winner or other top finishers of the UTMB could have weak butts and/or hips. But it didn't stop there. Upon further investigation (see photos) I found the trend continued with other top ten finishers: Tim Tollefson, Gediminas Grinius, Zach Miller, and Jordi Gamito. In the Runner's World article Dave Scott, six-time Ironman world champion, states that mud smudges on your calves typically occur "because that person has weak glute muscles, which help stabilize your foot in the stance phase”. So am I to believe that all of these guys have weak glutes, or did Runner's World get it wrong and a little mud smudged on your calves isn't such a "telltale sign"? Interestingly, Jim Walmsley's calves looked clean and mud free. Is this a Runner's World / UTMB conspiracy? Is Jim "come back from the dead" Walmsley truly an alien? Special thanks to iRunFar.com for their amazing coverage of the UTMB and for providing the photographic evidence of the weak glutes of the top finishers of the 2017 UTMB. 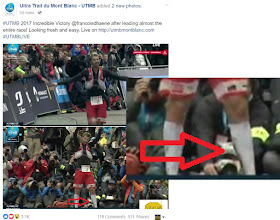 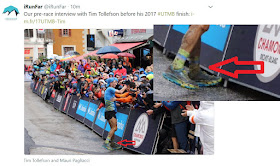 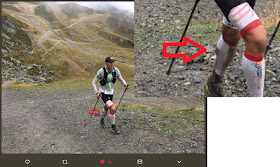 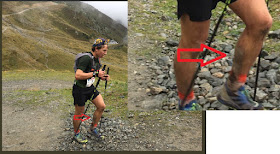 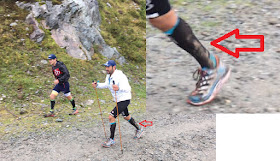 Jim "Come Back From The Dead" Walmsley - No Mud! 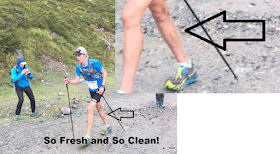